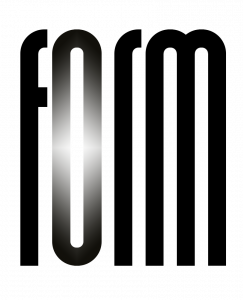 1.
bring together parts or
combine to create something.
•  form people/things into organize people or things into (a group or body): helpers and volunteers were formed into a red cross community.
•  go to make up or constitute: the precepts that form the basis of the book.
•  [intrans.] gradually appear or develop: a thick mist was forming all around.
•  conceive (an idea or plan) in one's mind.
•  enter into or contract (a relationship): the women would form supportive friendships.
•  articulate (a word, speech sound, or other linguistic unit).
•  construct (a new word) by derivation or inflection.

2.
make or fashion into a certain
shape or form.
•  form the dough into balls.
•  [intrans.] (form into) be made or fashioned into a certain shape or form: his strong features formed into a smile of pleasure.
•  (be formed) have a specified shape: her body was slight and flawlessly formed.
•  shape or develop by training or discipline.
•  influence or shape (something abstract): the role of the news media in forming public opinion.